The strategic cultural approach emphasizes the role of culture in strategic national choices, thus differentiating itself from the neorealist one, which advocated for a non-cultural and ahistorical approach to strategic culture because states were viewed as political units vying for strong security and strength.

According to neorealists, strategic choices are affected only by objective variables such as geography and material capabilities. On the contrary, constructivism highlights the role of interpretative structures that give meaning to the material world, such as norms, culture, identity, and ideas about state behavior. Therefore, national identities are societal structural factors that give acceptable reasoning for policy decisions.

The first social science attempts to draw a link between culture and state action was the National Character Studies (1940s and 1950s). The term “political culture” was first used by political scientists in 1960. Political culture refers to a person’s adherence to ideals such as democratic principles and institutions, morality and the use of force, individual or collective rights, and attitudes regarding a country’s role in international politics. Later, Snyder introduced the notion of strategic studies in understanding the Soviet Union strategy in 1980, when studies on culture and politics were becoming more prominent. According to him, the origins of the Soviet military’s tendency to offensive use of force may be traced in Russian history to insecurity and authoritarian authority.

Culture is a common set of norms, scripts, beliefs, and assumptions that a society uses to deal with internal and external concerns, shape its activities, and describe its surroundings: culture establishes a predictable pattern of behavior.

Over the years, what Johnston calls the “three generations” of strategic culture have developed.

The first generation focused mainly on the role of the nuclear strategy of USSR and USA. Snyder was the first to coin the term strategic culture (the 1970s) arguing that it derives from a process of socialization, in which the ideas and habitual behaviours of society have led to the adoption of certain military practices and behaviours lasting over time. Each state has a specific style that is historically deep-rooted, unique, and semi-permanent. They, therefore, focus only on the national level, not considering possible external influences.

One main critique against this generation is that they offer a too inclusive and extended concept of strategic culture. In addition, the focus mainly on historical and geographical variables can’t explain why different and unique societies present similar tendencies in strategic choice.

The second generation tries to prove how strategic culture is connected to the language of policy-makers, in which historical experiences are interpreted (declaratory strategy) in a way that hides the real leader motivation and justifies certain strategic practices (operational strategy). The concept of security is therefore a social construction, which can also be exploited by the ruling classes for personal interests. Precisely for this reason, compared to the other two generations, the behaviour is considered much less predictable.

Second generation scholars, however, have focused too much on the power of the elite, completely forgetting the role of supervision of security communities. One example is the Vietnam War, where US politicians and soldiers were punished by US society.

Among Johnston’s arguments that have particularly interested me are the focus on sub-national bureaucracies, not just focusing at the state level like Gray, and the attention on group identification.

The latter is precisely the cause of strategic culture and therefore also of strategic behaviour: the identification of the strong in-group determines aggressive attitudes in the confrontations of the out-groups (realpolitik), while if the national identification is weak it is more inclined to pursue a peaceful attitude towards nations that share our same values (idealpolitik).

In my opinion, the notion of strategic culture has been used too easily to provide simple explanations for complex situations. With this, I do not deny that cultural heritage is one of the factors influencing our perception of reality and so our behaviours, but I also believe in the capacity for critical evaluation of human beings.

In addition, unlike Gray, I am extremely convinced that strategic culture is not semi-permanent and constant but that it continually adapts to various changes and external stimuli (so not just because of shock). Everything is constantly changing: relations between states, the economy, politics, social values between different generations, civil and military technologies. If the cultural strategy of a country remains anchored to its past paradigms, without rationally evaluating the different contexts, this will inevitably lead to strategic behaviours that may not be adequate to face the present.

Historical experiences remain a fundamental factor in shaping the national strategic culture because we can draw important lessons from them, but at the same time, we cannot be influenced only by the past. 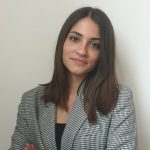