Disputes on the delimitation of the border both on land and sea between Vietnam and People’s Republic of China in the Gulf of Tonkin have ancient roots. Nevertheless, the two states went from a situation of war and conflict in the late 1970s– early 1980s to fully agreed and delineated boundaries around the Gulf in 2000 with the Tonkin Gulf Agreements. In light of the ongoing Sino-Vietnamese territorial disputes in the South China Sea, can the Tonkin Gulf Agreements be a model for their appeasement?

In order to settle the long-time disputes relating to the Sino-Vietnamese border around and within the Gulf of Tonkin, initial rounds of negotiations opened up in August 1974 and again in October 1977. Hanoi reaffirmed that the base for further delimitations had to be the 1887 Sino-French Convention (Convention Concerning the Delimitation of the Border Between China and Tonkin), that draw a straight red line extending from the eastern end of the Sino-Vietnamese land border southward into the Gulf. Beijing, instead, argued that the division should comply with the international law of the sea. A deadlock was reached. Consequently, hundreds of border violations were reported by both sides before and after the 1979 Sino-Vietnamese war.

After the normalization of relations in 1991, a new round of negotiations on the boundaries in the Gulf of Tonkin took place between 1992 and 2000. Claims on historical rights, the real impediment in the 1970s negotiations, were dropped and both countries reached a general agreement on the basic principles to be applied: international law and practice in line with the principle of equity.

On December 25, 2000, the two sides signed the Agreement on the Delimitation of the Territorial Seas, Exclusive Economic Zones and Continental Shelves in the Tonkin Gulf and the Agreement on Fishery Cooperation in the Tonkin Gulf. Both countries ratified the agreements in 2004. As a result, a new marine legal order was established in the Gulf of Tonkin, based on the 1982 United Nations Convention on the Law of the Sea (UNCLOS) and specific circumstances of the Gulf itself. Vietnam, due to its higher number of island and longer relevant coast, saw its sovereignty recognized on the 53.23% of the Gulf’s total area and China on the 46.77%.

The territorial seas, exclusive economic zones (EEZ), and continental shelves of the two countries in the Gulf were delimitated with a single line. The Fishery Agreement established a fishery regime based on EEZs and not anymore on the traditional freedom of fishing. A Common Fishery Zone, that covered most of the high-producing fishing ground, was established but expired in 2020. Although the text indicated no clear or decisive intention to pursue a joint exploitation of hydrocarbons, a common hydrocarbon deposit exploration zone was created in the centre of the Gulf in 2006.

Despite their restricted geographical coverage and the temporal limit given to the fisheries settlements, the Agreements seemed to signal the start of a new period of cooperation in the area as the new millennium began.

The decision to negotiate border limits in the Gulf of Tonkin represented a risk-free way for China to rebalance its maritime policy and to prove to other states with conflicting interest in the South China Sea that it could act in good faith when resolving maritime conflicts. The main goal was to show to the other countries in the region that China was able to hold a bilateral dialogue and make compromises on territorial disputes, promoting regional peace and economic cooperation. Moreover, the Tonkin Gulf Agreements were signed also hoping to boost economic activities in the areas along the Gulf, especially in the border areas of Yunnan and Guangxi, in which economic reforms were delayed due to the border hostilities.

For Vietnam the resumption of negotiations with China in 1992 was more closely linked to the implementation of Hanoi’s new maritime strategy. Formal normalization permitted economic renovation, previously hampered by the occupation of Cambodia, international isolation, and hostility with China. Vietnam’s renewed interest in maritime issues was intended to counterbalance China’s increased influence in the waters of the South China Sea along with restructuring a strategic sector of the Vietnamese economy and enhance the economic development of the areas facing the Gulf.

The relevance of the Tonkin Gulf Agreements

Since the 1991 Sino-Vietnamese normalization, the main irritant in Beijing’s relations with Hanoi has been the territorial disputes in the South China Sea. Both China and Vietnam claim full sovereignty over the Spratly and Paracel archipelagos. Both groups of islands have geostrategic importance for their control over the main sea-lanes between the Indian and the Pacific Ocean and for the presumed presence of undersea oil and gas deposits.

The Tonkin Gulf Agreements may represent a useful tool for forging cooperation in many areas and for sorting out, or at least de-securitize, maritime disputes in the rest of the South China Sea. They could provide important positive precedents:

The territorial disputes over Spratly and Paracel Islands are evidently multilateral. Overlapping claims produced a situation of stalemate that may well be permanent. However, a process towards a multilateral solution could benefit from bilateral talks.

The ongoing disputes in the South China Sea and the growing Chinese assertiveness in defending its claims prove that the positive signals sent from the 2000 Tonkin Gulf Agreements have not been followed. The favourable circumstances that drove China and Vietnam to the Agreements have disappear. However, since the Sino-Vietnamese rapprochement, Beijing and Hanoi have always sought to compartmentalise their territorial disputes. As a result, the present upsurge of tensions in the South China Sea has not affected the application of the Tonkin Gulf Agreements.

Internal and external dynamics in both countries have changed. In the 1990s, China pursued a different foreign policy strategy with a more conciliatory approach while Vietnam was eager to settle disputes and focus on its economic development. Twenty years later, China, after decades of economic growth, military build-up and nationalism, seeks land in the South China Sea to project power in Asia and beyond. Why did China accept the legitimacy of UNCLOS in 2000 in the Gulf of Tonkin but refuses it today regarding Paracel and Spratly Islands?

In the case of the Gulf of Tonkin the application of International Law did not conflict with China’s strategic needs and desires. Nowadays in the South China Sea we face the opposite situation. Vietnam, aware of the power gap with Beijing, tries to combine counter-balancing policies against China with balancing measures. Its multi-pronged approach to China entails upgrading its military and law enforcement capabilities, preparing for legal battles, using ASEAN mechanisms to counter Beijing’s ambitions and deep strategic cooperation with the United States and other major powers in order to bring econ 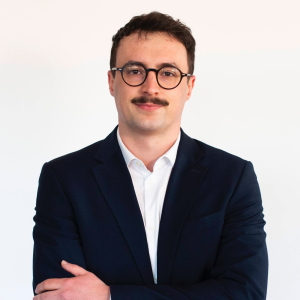