Charlottesville, Christchurch and Buffalo (New York). All these three terrorist attacks shared a main characteristic: the ideology. The deaths occurred in these events were caused by perpetrators who believed in the “Theory of the Great Replacement”.

The fear and the belief of being replaced are common worries among many white people, and this fear is being exploited through savvy extremist narratives.

The American far-right has built a very large consensus around the belief that the Democrats, the Jews and the people of color are intentioned to replace the whites little by little, through globalization and loose immigration policies, for political gains.

For many today’s Republicans, this theory makes perfect sense, and it has started to be conveyed also by national TV personalities such as Carson Tucker, who has been publicly praised on Twitter by lots of far-right supporters and the past Ku Klux Klan’s (KKK) Grand Wizard. According to the majority of the Republicans, though, the said theory does not have a direct link with all the mass shootings and murders of immigrants, Muslims, Jews and Asian Americans occurred till now.

The Theory of the Great Replacement” also known as “The Sostitution” is a conspiracy theory that is being used, especially in the last few years, to enrich the right wing violent rhetoric and that constitutes the main topic for recruitment. The theme of the endangered white race is so common within the far-right narratives that it may be considered as one of the few traits that almost every far-right group shares, making it very important.

The “white genocide” bombast  is used as a mean to draw near people who are proud of their heritage and that already have conscious or unconscious biases tied to racism and xenophobia. This fear is fueled by the idea that non-whites will constantly increase their presence thanks to immigration and globalization, flowing into the destruction of the white population and its culture, traditions and way of life.

Although this theory is well known and rooted in the present, it is not new. Between 1935 and 1947, a Democratic U.S. Senator, Theodore G. Bilbo, published a book that warned Americans of the destruction of the white civilization. At the time the Senator was identifying as enemies the Italians, the Jews and the African American. In the book he wrote in 1947, titled “Take your choice: separation or mongrelisation”, Bilbo argued that African Americans were unable to preserve and adapt to the caucasian culture and civil principles. In his book the author repeats many times that the white race is in danger and that the only way to protect it is to fight the enemies, but most of all, Black Americans.

This idea is not typically American though, In fact, in 1968, Enoch Powell shared the same ideas in the speech “rivers of blood”, in which he warned that if the demographic change brought by immigration is not dealt with, Britain itself will be destroyed by irrepressible damage.  In France Renaud Camus, in 2011, published a book called “The Great Replacement”, in which pointed out that there are elites who are trying to replace white Europeans.

Charlottesville, Christchurch, Buffalo. 2017, 2019, 2022. When the demonstrations and the riots took place in Charlottesville, for the removal of the statue of the confederate Robert Edward Lee, far-right supporters swore that that gathering was just marking the beginning of the far-right era. After that statement, a gray dodge ran over a group of democrats who were peacefully demonstrating in the streets, killing and injuring many. Charlottesville, within the far-right world, marked the passage from the online to the “offline”, between the words and the facts. With the demonstrations of Charlottvillle, the extremist members of the violent far-right made clear not only to the other opposing Americans but to all the far-right movements around the world, that far-right supporters were able to organize, and that they were ready to start the war against their enemies.

The attacks at the mosques in Christchurch have already been taken as an example for the latest attacks carried out by many far-right sympathizers, making Tarrant one of the most copycatted killers in the far-right world. His actions have been considered successful by extremists and the images that were streamed on social media platforms work as a scheme for future attacks. In the same way, the 18 years old attacker of the Buffalo supermarket, by streaming his shooting online, has provided the base and the material for future attacks. The videos and the Manifestoes produced by these far-right sympathizers are going to create tomorrow’s extremist attackers who, fueled by the adrenaline of the moment, the belief in the conspiracy theories and the hope of becoming immortal, will commit other mass shootings. The semi-automatic rifle used by the Buffalo shooter was marked with writings that praised past attackers, such as Tarrant Breivik.

The global far-right bases its views, rhetoric and recruitment over certain beliefs that have been passed down and broadcast worldwide. A way to counter and to reduce the spread of these conspiracies and pseudo scientific theories is to be informed and build factual knowledge, leaving what is controversial or unclear alone. Sense and logic over fear and confusion, knowledge over ghost stories. The power of the conspiracies must not be underestimated, as it has been shown how powerful and influential it is with people, especially youngsters.

In order to limit the impact of these kinds of events on the greater public, it might be useful for journalists, analysts and researchers to leave the names of the attackers off the analysis, not giving the killer notoriety and fame. 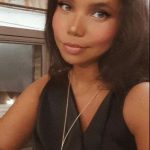