Should Turkey’s attempt to mend ties with Saudi Arabia succeed, the Middle East’s balance of power would shift at Iran’s expenses. But the game isn’t over yet for Tehran.

Mohammed Bin Salman accused Erdogan, among other things, of supporting Qatar, which was then embargoed by Saudi Arabia, Bahrain, the UAE, and Egypt. But now, following months of intense diplomatic efforts to warm up bilateral relations, Saudi Arabia and Turkey seem eager to interact in a new, more proactive fashion.

The improvement in bilateral ties was then confirmed by Erdogan’s official visit to Saudi Arabia on April 28. As a result, the Iranians now fear that a partnership between the Turks and the Saudis might materialize. Whereas many IR analysts have touched upon the economic features of Turkey’s attempt to improve relations with Saudi Arabia, there has been too little of a discussion concerning the geopolitical implications of said diplomatic activity.

All this diplomatic activity might have ringed a bell at the White House, where rapprochement between the Middle East’s powers has long been regarded as a sine qua non condition to decrease US commitments in the region. The logic behind this argument is that a less American Middle East would force regional actors to become more responsible, forcing them to put aside their differences. Therefore, the United States could limit itself to intervening in the region only for issues of the utmost importance through an offshore balancing strategy.

Iraq, the land of the twin rivers

Parallel to the optimism of US policymakers is Iran’s fear that a Turkish-Saudi partnership might alter the region’s balance of power at its expense. Specifically, the Islamic Republic reasons that a Sunni Axis between the Turks and the Saudis would decrease Iranian influence in Iraq. Accordingly, Iran has begun for some time now to signal to Turkey not to meddle in the Iraqi question indirectly.

In recent months, pro-Iran Iraqi militia forces, the Popular Mobilization Units (PMUs), have increasingly targeted Turkish troops stationed in northern Iraq. Turkey’s TB2s drones reportedly retaliated by attacking pro-Iranian militias in Iraqi territory. As Iran’s distrust vis-a-vis Turkey has increased following the Turkish military operation Claw Lock in Iraqi Kurdistan, the risk of a proxy war between the two players in Iraq has also increased. It might add to that between Tehran and Riyadh.

For obvious reasons, Iran did not even welcome the rapprochement between Turkey and its most significant regional opponent, Israel. From Tehran’s viewpoint, an entente including Turkey, Israel, and Saudi Arabia could quickly evolve into a diplomatic format parallel to that of the Abraham accords, whose primary goal is to contain Iran.

Some attempts to sabotage the agreements between Turkey and the Jewish state have already been recorded, not least the assassination attempts of some Israeli businessmen by Iranian intelligence in Turkey. An axis between Turkey, Israel, and Saudi Arabia could also negatively affect Iran’s geopolitical positioning in Syria. In recent months, Israel has repeatedly been targeting Iranian (or Iran-affiliated) military posts in Western Syria.

Israel has been able to act thanks to Russian indifference regarding Israeli violations of Syria’s airspace, and it also received diplomatic support from Erdogan, who has knowingly avoided condemning Israel’s attacks. More generally, an increased Turkish Israeli effort against Iran and its regional proxies could make it more difficult for Tehran to exert pressure on US regional allies.

From 2015 to 2017, following MBS’s launch of Operation Decisive Storm in Yemen, Turkey assisted Saudi Arabia both diplomatically and with intelligence gathering. Only following the Gulf crisis and the imposition of the embargo against Qatar did Turkey reduce its commitment to the Yemeni question. In this regard, the possibility that the ongoing rapprochement prompts military cooperation between Riyadh and Ankara is terrible for Iran. Moreover, the transfer of Turkish-made military technologies and weapon systems to Saudi Arabia (not last the renowned combat drones TB2s) could create considerable difficulties for the operations of Iranian proxies in the region.

That Turkish-Saudi and Turkish-Israeli rapprochement succeed is by no means certain. In many past instances, the Middle East has witnessed moments of regional multilateral de-escalation. While cooperation between Israel and some Arab partners is expected to continue due to Iran’s persisting threat in the region, Turkey’s new zero-problems-with-neighbors policy looks much more fragile. Turkey and Saudi Arabia certainly have much to earn from fruitful bilateral cooperation. And yet, conflicting objectives could end the nascent intra-regional cooperation in the bud. We can expect Iran to act as a spoiler, presumably by raising the stakes. Considering the contemporary Vienna negotiations, Iran could make use of a renewed military escalation as a diplomatic lever to accelerate the reaching of an agreement. 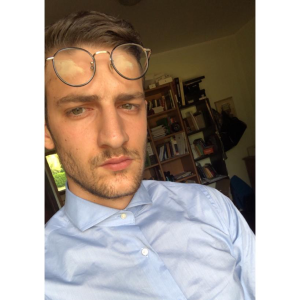