The recent attacks by the rebel group M23 in the North Kivu region marked the beginning of a new political-military strategy at the regional level with the dual purpose of healing the rifts between the states involved through cooperation and reintegrating the group in the process of peace. However, the multiplicity of groups and, consequently, of particular interests represents a huge obstacle to which the international community cannot find a remedy.

It is not a mystery that in the typically Western rhetoric the Democratic Republic of Congo (DRC) is synonymous with ‘everlasting disorder’ as well as with ‘instability’ in terms of unpredictability of state (and non-state) actors due to the absence of generally recognized behavioral norms and best practices. A clear somatization is the recent resumption of military activities by an armed group, called March 23 Movement (M23), which had been considered out of the running since 2013.

As a matter of fact, on March 28, 2022 the Armed Forces of the Democratic Republic of the Congo (FARDC) were attacked in the Rutshuru Territory, in the North Kivu region. Way before, on January 24 suspected M23 combatants carried out attacks against FARDC positions in the same territory, killing around 31 soldiers and an unknown number of civilians.

The anatomy of a ‘rebelocracy’

The birth (then the revival) of M23 and how it has to be coped with, in addition to being current issues, appears intrinsically transversal with respect to the Congolese conflict for two reasons: a) its presence in North Kivu, along with other rebel groups, has conditioned, in ideal-typical terms, the effective applicability of the “Weberian parable” of the centralization of coercive power; b) it historically underlies regionalized opportunistic logics in terms of external support.

The M23 was formed by former members of a North Kivu-based Tutsi militia group known as the National Congress for the Defense of the People (CNDP), whose goal was to protect Tutsi community, as it has been considered as the main target of a long-term process of stigmatization in terms of attempts at exclusion in political processes and military assets. Indeed, the armed group stemmed from its leader’s rejection of the military integration (brassage) process in the FARDC.

Backed up by Rwanda and Uganda, the integration process did nothing but empowering the CNDP leadership, making many of them rich and allowing them to co-opt officers from other armed groups, benefitting from the profound weakness of the Congolese state, which, instead of creating a strong and neutral administrative apparatus, simply absorbed politicians and military officers into patronage networks, exacerbating the dereliction of the state and reifying Mamdani’s theorization of the “politics of the belly”. Even if the CNDP had big ambitions, in the eyes of most Congolese the CNDP was just another expression of Rwandan irredentism.

A peace agreement, signed in Goma on March 23, 2009, agreed upon: a) the integration of the CNDP’s troops into the national army and police, and transform itself into a political party (this was the clause that Kinshasa insists on the most, as it stipulates that the CNDP would pursue any grievances through public channels); b) the recognition of the ranks of the CNDP’s military and police officers by Kinshasa. Besides, the 16-point blueprint for peace, along with a subsequent deal for other militias, included an amnesty for free political prisoners, a security sector reform, and a government pledge to promote the return of refugees (mainly from Rwanda to the DRC).

Nevertheless, the straw that broke the camel’s back resulted to be President Joseph Kabila’s decision to “redeploy ex-CNDP troops elsewhere in the country”.

The position taken by former elements of the CNDP was forthwith clear: in 2012 there was a mutiny in the FARDC, dictated by the government’s lack of ability to implement the 2009 deal, failing on its reintegration strategy, even as to prevent their leaders from being dispersed from North Kivu to other parts of the country. It is interesting to note that, historically, Kinshasa, since the 1999 Lusaka Peace Agreement with another rebel group backed by Kigali, had failed on the same matter.

A subsequent statement was issued, announcing the creation of the new ‘M23 rebellion’, with the goal of implementing the stalled March 23, 2009 Agreement.

Both Rwandan and Ugandan support for M23 has now been well documented, in particular by the UN Group of Experts. As they faced a well-resourced, if poorly organized, offensive by the Congolese army, the Ugandans and Rwandans provided crucial back-up, including a supply of weapons, ammunition, medical care, recruitment and free passage for troops and politicians.
Also, to further strengthen their position in the political landscape, M23 tried to constitute a network of alliances across the region. These new allied groups, equipped with just over a hundred soldiers on average, should help bond Congolese troops on other front lines, but they do also have a propaganda effect, underlining the ‘lame side’ of the Leviathan and diverting attention away from the close connection of the M23 with Rwanda. However, these alliances have been proved to be both immature and unstable.

After months of armed insurgency, a peace agreement was signed in Nairobi in December 2013 between Kinshasa and the M23. Two key provisions were included: a) the dissolution of M23 as an armed group; b) demobilization and renunciation of violent methods as means of pursuing future claims. Rwanda and Uganda remained silent on the issue.

Why did the M23 regroup?

The concentricity of the issues in the country, including the Ebola outbreak, despite the presence of the blue helmets of the MONUC peacekeeping mission, brought about a delay in the implementation measures. Certainly, the feasibility of the latest peace settlements (Goma 2009; Nairobi 2013) has been severely tested by the real ability of the government to keep faith with what was formally agreed. This altered the incentives for the armed group (firstly CNDP, secondly M23), raising the opportunity cost of the armed struggle and pursuing a political agenda based on Kinshasa’s non-compliance on the terms of the deal.

Indeed, since 2004, with the first phase of the disarmament and reintegration program, many fighters had been rehabilitated and reintegrated into the Congolese army without any adequate preparation or by merely transferring the ownership of their, mostly light, weapons. Even more evidently, in the disarmament phase that began in 2013, it suffered a further delay on the schedule, also due to the barriers set by the government in terms of welcoming former combatants to the ranks of the FARDC (those who wanted to be part of the military corps were effectively reintegrated among civilians).

Shotgun! Kenyatta got the front seat

Albeit some Central African States signed on February 24, 2013 a Peace, Security and Cooperation Framework to consolidate peace and security in eastern DRC and promote cooperation between the Governments of the region, it did not make significant changes with respect to the security situation. However, even if some great hopes have been placed for a hypothetical new intervention by the East African Community (EAC), particularly supported by Kenyan President Uhuru Kenyatta, there have been many criticisms of a real deployment of forces−both for inter-state issues, in terms of power relations between member states, and for intra-state issues.

Nonetheless, on April 28, following Kenyatta’s invitation to the various armed groups in the Democratic Republic of Congo “to lay down their arms and collaborate with DRC President Félix Tshisekedi to foster peace”, the first round of peace talks ended.

The M23 group, leaving the talks the following day, shifted all responsibility to the government. If Kenyatta’s predominantly optimistic view of negotiations can be considered utopian, Kinshasa’s myopia with respect to the plurality of grievances is not to be considered the same. 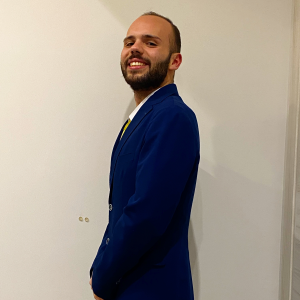 TO WAGNER OR NOT TO WAGNER: RUSSIA WILL NOT HIT THE SACK IN THE CENTRAL AFRICAN REPUBLIC AFTER UKRAINE