Although climate change is here and now, the lack of understanding of the terms that define it hampers our perception of the urgency and magnitude of the issue.

Already during the 24th Conference of the Parties (COP24) in 2018, the UN made it clear that our generation is the last one that can stop climate change. The latter is an emergency and a threat that could prove fatal for many species, including ours. But do we really perceive climate change as a priority? The answer is no, at least not as much as we should, otherwise, it would be on top of political agendas much more than how it actually is. In fact, although the UN is giving due relevance to the issue, at the national level the problem is often not addressed with the urgency it deserves (see the Climate Action Tracker).

There are many reasons why this happens. Climate change is a complex problem that requires complex solutions and synergic action, furthermore, being defined by long-term causes and in need of long-term solutions, it does not fit the political tendency to prioritise matters that can be addressed in a mandate. However, if most citizens do not perceive climate change as a threat, it is also due to the neologisms that characterize the language of climate change.

Words we do not know

Andri Snær Magnason, the author of the novel ‘On Time and Water’, explains that it takes more time than we imagine for people to understand the importance of new phenomena. For instance, writes Magnason, when in 1809 the Danish adventurer Jørgen Jørgensen promoted a revolution in Iceland, proposing freedom and independence to the nation, he was derided. The concepts of freedom and independence had not yet reached Iceland, and the people did not understand their meaning and its relevance.

The principle is the same for which those born before the 1960s struggle to understand the meaning of ‘cloud’ and ‘internet’, or for which Dante could not have written a poem on ‘democracy’ or ‘equality’.Climate change is a new phenomenon, an unfamiliar threat. For this reason, considering that if we do not act in time there may no longer be viable solutions to the problem, it is important to know and become familiar with the neologisms that define it and with the related data.

‘Acidification of the oceans’ is one of these terms. It indicates a dramatic phenomenon, defined, in short, by the decrease in oceanic pH. Since the Industrial Revolution, this has dropped by about 0.1 units (which on a logarithmic scale like the one on which the pH is measured is so much that we could soon perceive the difference by tasting the water) causing a 30% increase in acidity. Acidification happens because the oceans absorb about ¼ of the carbon dioxide present in the atmosphere, hence, the more CO2 we produce, the more CO2 the ocean absorbs. In other words, in ‘climatic’ words, the cause is anthropogenic stress.

The immediate consequences? Greater acidity favors the dissolution of calcium, impacting the formation and development of all organisms that are composed of calcium, including corals, shells, and some types of plankton. These organisms are at the basis of the food chain and of the marine ecosystem, which is why a threat to them represents a threat to all underwater life. Relatedly, the 14th Sustainable Development Goal of the UN 2030 Agenda is dedicated to the protection of life below water, as over three billion people depend on marine and coastal biodiversity for their livelihood.

From ocean to ice, phenomena that we are unable to contain have taken hold. In fact, industrial activity is also causing ‘permafrost thawing’. Permafrost is a permanently frozen type of soil. It is found in the coldest regions of the globe, both inhabited and uninhabited, and its components are held together by ice. Near the surface, permafrost also contains large quantities of organic carbon, about 50% of all that is present in the subsoil.

In this context, the cause-effect relationship is circular: if on the one hand the thawing of permafrost is caused by global warming, on the other hand, the thawing of permafrost also contributes to global warming, given the quantities of greenhouse gases dispersed via permafrost thawing. In addition to this, this type of soil also contains bacteria and toxic substances. When it thaws, permafrost releases ancient substances that have long been stored in the ice, not only mercury but also viruses and bacteria that may have unknown effects on humans.

The consequences of permafrost thawing are particularly visible in the Arctic, the region that global warming is transforming more than any other on Earth, where landslides along the coast and sudden changes in the territory are increasingly frequent and threaten the survival of indigenous peoples and arctic animals. This shows us that the more the permafrost thaws, the more the infrastructures of the inhabited regions laying on this type of soil (such as Canada, northern Scandinavia, the peaks of the Alps…) are at risk.

When we understand the meaning of these words, thinking about the vastness of these phenomena we are no longer indifferent. Indeed, it is understandable why what now seems to us a distant threat should actually be a priority, given the existential risks that these phenomena might pose. Might? The use of the conditional is another linguistic problem linked to climate change.

Although the estimates are accurate (and predict dramatic consequences) they are still estimates that we struggle to give weight to. In a context such as the climatic one, our approach must be precautionary: we do not know with certainty and precision the timeframe and ways in which the changes will occur, we do not know how humans could or could not adapt to these changes, but by observing what happens in some areas of the planet (from Africa to the Arctic) we must realize that these changes are real and threaten the subsistence of species and of the world as we know it today. 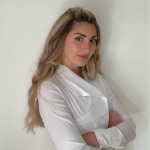