On November 29, 2021, the United Nations Security Council discussed accountability in Syria for the first time in five years thanks to an Arria formula session. More than forty delegations attended the meeting and expressed overwhelming support for justice and accountability initiatives. Syria was absent, but its allies in the Council were very vocal.

On November 29, 2021, for the first time in over five years, the United Nations Security Council held a session titled “Accountability in the Syrian Arab Republic.” Chaired and organized by the permanent mission of Estonia, whose rotating term on the Council will end at the end of 2021, the session was a so-called Arria formula meeting.

Arria formula sessions take their name from the Venezuelan Ambassador to the UN who, in the early 1990s during his presidency of the Security Council, was contacted by a Croatian priest who wished to convey his first-hand account of the violence taking place in Bosnia to the members of the Council.

At the time, the rules of procedure of the Council did not allow for such a session to be formally held, so he proposed that the fifteen Ambassadors on the Council meet with him informally in the delegates lounge. Because of the success of this first informal gathering, the initiative was institutionalized and became known as Arria formula and, as its popularity grew, the meetings were moved to bigger and more prominent rooms within the UN headquarters, such as the Chamber of the Trusteeship Council or of ECOSOC.

There are multiple advantages to these meetings: because of their informal nature, Arria formula sessions do not require consensus among the members of the Council regarding the topic of the discussion. Over the years, this format has allowed the Council to engage in conversations on issues considered controversial by one or more of its members and that, therefore, could not be discussed in a formal session.

Examples include a 2013 meeting on the security dimensions of climate change, as well as the November 29 session on accountability in Syria. Moreover, they allow for representatives of a broader spectrum of entities, including non-state actors, NGOs, civil society organizations and UN entities to take part in the discussion and to bring their experiences and expertise to it.

Examples include the UN Secretary-General, representatives of the Human Rights Council, delegations from non-members of the Council, representatives of civil society organizations and experts from outside the UN system. The main downside of these sessions is that, because of their informal nature and because they do not require consensus to be held, they do not produce any official UN document.

Overall, the situation in Syria has been hard to discuss within the Security Council because of the vetoes (or threats of vetoes) coming from Russia and China. Along with preventing the discussions to happen, this deadlock has made it practically impossible for the Council to take any kind of action to address the situation, especially on justice and accountability. It is among the prerogatives of the UN Security Council to refer a situation to the International Criminal Court (ICC) when the interested country is not a signatory to the Rome Statute. To do so, however, all the permanent members of the Council must be in agreement, and it has not been the case for Syria.

All the current members of the Security Council participated in the November 29 session. They were joined by some other thirty delegations, most of whom delivered remarks as well. The mission of Estonia invited Mrs. Catherine Marchi-Uhel, the head of the International, Impartial and Independent Mechanism (IIIM), as well as Mr. Omar Alshogre, a Syrian torture survivor and public speaker, Mrs. Waad Al-Kateab, a Syrian activist, journalist and filmmaker, Prof. Claus Kress from the University of Cologne, and Mr. Ibrahim Olabi to give their testimony.

The speakers highlighted the incredible progress made in the collection of evidence, in the form of videos, photos, forensic evidence and testimonies, of the war crimes and crimes against humanity committed in Syria for the past decade. They also commended the recent efforts, both national (under universal jurisdiction) and international, to pursue justice and accountability.

However, despite all the progress, they noted that the regime is still committing the same horrendous crimes every day. As a consequence, there must be a more decisive and concerted efforts to bring it to justice, including by fully implementing UN Security Council resolution 2254, which calls for a political solution brokered by the United Nations.

The remarks delivered by most delegations were overwhelmingly supportive of the efforts of the IIIM, of the Organization for the Prohibition of Chemical Weapons (OPCW), the UN Commission of Inquiry (COI), and civil society organizations who work to collect evidence of the crimes and to pursue justice. Many also stressed the need for the Security Council to take responsibility and fulfil its mandate through a referral to the ICC. Some went even further and called for a limitation to the veto power when the Council is discussing crimes against humanity.

Some, most notably Russia, China and India, stressed instead that what is happening in Syria is an internal issue, and therefore belongs to domestic jurisdiction and should only be discussed in Syrian courts. Syria was notably absent.

While this session did not produce any official UN document, its importance can hardly be overstated. The international community must keep discussing these issues to keep them on the radar and send a clear message to the Syrian regime and any other regime who is mistreating its people. It must also support every effort to collect evidence of the horrendous crimes being committed to provide national and international courts with the necessary elements to bring those responsible to justice. 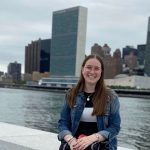