Iraqis rally on protest anniversary: elections are not a valuable instrument to produce a significant change.

Iraq is in the middle of a multi-dimensional crisis that embraces the economic, political, security and social spheres. On Friday 1st October hundreds of Iraqis have taken to the street of Baghad on a two-years anniversary of the popular protests which began in October 2019.

While the authorities fail to maintain internal stability, undermined by regime’s fragility and by external threats – namely, US and Iran rivalry –, the country is theatre of violent manifestations resulted from socio-economic and political issues.

The commemoration comes just few days before the early elections which will take place on 10th October. However, although the request for early elections was one of the protestors’ key demands, this does not seem enough. Iraqi citizens have called for a boycott, asking the authorities to take into consideration their true demands: radical reforms of the political system.

Iraqi realty post-US invasion should have been driven by a consociational system based on models of powersharing. However, what prevailed is a confessional model, the muhasasa ta’ifia, a political system based on the ethnic-religious affiliations similar to the one existing in Lebanon.

The subsequent necessity to accommodate the interests of the different sectarian groups across the country resulted in difficulties in the establishment of coalition governements from 2003. Moreoever, being based on the logic of distribution of political positions and not on shared political programmes, the adoption of reforms is not viable.

The government’s fragility as well as the non-transparent management of the Covid-19 pandemic, further undermined the already precarious popular trust. The government response to the pandemic, based on the adoption of coercive and repressive measures, not only proved ineffective to curb the pandemic but has also further undermined regime’s stability.

The current Iraqi social mobilization has widely impacted Baghdad and the southern part of the country. The triggering element of the protest can be identified in the governement’s decision to dismiss the General Abdul-Wahab al-Saadiwho stood out for his integrity and competences during the war against the Islamic State.

Iraqi population has interpreted the decision as the prevalence of the logic of the muhasasa ta’ifia, in other words as the result of the calculations of the main political parties.

As a result of the violent reaction of the government, protests took a new life. The attempts of repression have encountered the population’s resistence. One of the key elements of the current protest movement is the revolutionary intent of the youngs whose requests have taken a multi-dimensional character, including reforms of a political, economic and social nature.

Following the analysis carried out by Irene Constantini, to better understand the present it could be useful to review the riots that have occurred in the country from 2011. Four are the episodes which must be taken into account. First, in 2011, in the wake of the arab springs, Iraqi population has taken to the streets of the entire territory to denounce the poor economic opportunities.

The following year a social mobilization has mainly interested the governatorates of al-Anbar, Nineve and Salahaddin, with a prevalence of arab-sunni citizens. In contrast to previous manifestations, that time the popular movment was the representation of requests with a clear political nature: posing an end to the sectarian logic of Nuri al-Maliki’s governement who during his two mandates has strongly limitated the participation and inclusion of arab-sunni communities within the country. The episode was limited to just one of the communities living in Iraq, the arab-sunny group.

However, the protests which spread across the country between 2015 and 2016 are of significant importance since they defined a transition from “identity politics” to “issues politics”. The populations’ demands can be resumed in three key points: imrpovement of socio-economic conditions and supply of basic services (education, sanity, distribution of drinking water and electricity); fight against corruption; end of the ethnic-sectarian system.

In this case, indeed, the citizens once again gave expression to the demands of 2011 – improvements of socio-economic conditions and fight against corruption – while, at the same time, bringing forward more definite political necessities: structural reform of Iraqi governement.

The last events that must be taken into consideration in this brief chronological reconstruction date back to the summer of 2018, when in the southern areas of Iraq, in the governatorate of Basra – the richest one with regards to oil resources whose exploitation does not result in satisfactory level of life for the local population –, protest movements erupted requesting governance reforms of local nature.

However, there was an element of novelty. The population began to express its deep dissent with respect to Iranian politics within the country.

Given this brief but comprehensive overview, it is easier to understand the current situation in Iraq.

As this historical excursus has highlighted, protestors in Iraq have expressed their dissent towards the governements of three Prime Ministers: Nuri al-Maliki, for his manifestly sectarian politics; Haider al-Abadi, incapable to promote a greater program of reforms; Adil Abdul-Mahdi.

None of them has succeeded in bringing about the requested reforms. In light of this, today’s protests present a revolutionary nature, rather than reformist. The failure to implement reforms has favoured the spread of a generalized feeling of distrust: Iraqi citizens do not believe anymore that the istitutional politics can promote true changes.

As mentioned before, after two years the population is still manifesting its dissent. In particular, in the last days, Iraqi citizens have been denouncing a string of targeted killings against activists and civil society groups for which no one has been held accountable.

These events resulted in an increased atmosphere of discontent and lack of trust. Iraqis do not feel that elections can be an instrument to express their voices and a channel to produce any significant change. 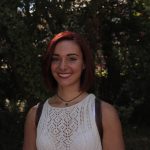