Since we were young, our parents encouraged us to choose an education that would prepare us for the jobs of the future. These were sometimes mere speculations, but the underlying concept was one to be grasped. Our lives are driven by constant renewal and to be attractive in the labour market we cannot miss the opportunity for green innovation.

Let’s start to define the concept of Green Jobs to investigate which skills are most in-demand in this transition and how we can acquire them. The International Labour Organization (ILO) described them as those that “help reduce negative environmental impact ultimately leading to environmentally, economically and socially sustainable enterprises and economies”.

They also have the purpose of offering good pay and long-term prospects, as President Biden announced with The American Jobs Plansome months ago. However, this transition does not require just moving away from extractive activities toward regenerative ones. The focus is on racial, economic, environmental, and intergenerational justice and, precisely for this reason, it requires a long-running process instead of a sudden change.

So what can we expect? Which professions will disappear in the next few years and which will take their place? A clarification is needed to understand it: green jobs have been talked about for more than a decade, but few real changes have taken place in society. Three main explanations may be identified:

It is worth saying that Covid-19 did not stop the green direction in 2020. In Italy, for instance, almost 560,000 companies in industry and services have invested in green skills. It results in 39% of companies requiring at least half of the profiles sought to possess an aptitude for energy saving and environmental sustainability.

It is possible to talk about a “sustainability mindset” that involves transversal skills required not only by civil engineers but also by chefs in hotels and restaurants.

As we will see, the main professional figures needed shall have technical and engineering skills especially in the UK, project managers, finance skills, legal skills but also digital specialisms are going to be key to a lot of jobs. What is more interesting to underline is that many skills required are not green, but “it’s just where you apply them”.

So it may be inferred that creativityand adaptability in using the knowledge acquired in a different sector will be an asset to be hired.

During this year’s AAC’s Deep Dive Debates, sector leaders and experts underlined that these skills can be enforced through online awareness courses, which support the employee in understanding how to transfer competencies from one sector to another (the so-called reskilling). It is about learning how to do a similar thing in diverse ways to find the solution that fits better in the green field.

Another point concerns the management of infrastructures such as railway systems. In fact, they might be considered green jobs because they increase the efficiency of the existing infrastructure improving its productivity and timeliness. In addition, digital technologies will help people from moving away from other modes of transport such as cars.

The digitalisation of the rail space, as well as the electrification of the lines and the roots, is going to be key for the decarbonisation challenge. It follows that, even if originally these jobs have not a green focus, are seen as green insofar as they have the potential to reduce the environmental impact.

Then, not only government workers and lawyers, which are responsible to craft rules and regulations or enforce compliance, but also those who implement regulatory rules in practice (permit specialists, engineers, and other technical specialists, such as geologists, marine biologists and so on). Finally, the whole category of people who will be involved in the urban, cultural and educational promotion of this approach can be included in green jobs.

From a financial perspective, it is worth underlying that the United States is not the only country investing in the green transition. For instance, the UK government announced a £166 million funding package for developing technologies in carbon capture, greenhouse gas removal and hydrogen.

The challenge will also be to identify alternatives for the most polluting sectors such as manufacturing, steel, energy and waste. These investments are expected to have a positive impact on the labour market creating 60,000 green jobs across the UK. It could be a response to jobs lost during the pandemic crisis as well as a starting point for making the country one of the leading nations in the green transition.

To sum up, in order to understand if green jobs will earn their momentum, we should wait for the UN Climate Change Conference (COP26) in Glasgow in November and see how nations will prove to be involved in the green transition. “The climate won’t wait for governments”, will they be able to face this huge challenge? 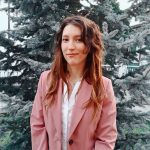 WHAT TO EXPECT FROM THE UNITED NATIONS SECURITY COUNCIL OPEN DEBATE ON WOMEN, PEACE AND SECURITY 2021

To make sustainable peace possible, women must be included in decision-making processes: this is something that

CLIMATE CHANGE, INSECURITY, AND CONFLICT: NO SECURITY ISSUE IS A FARAWAY ISSUE

security and well-being are threatened, and the exhausted people flee to industrialized countries that, however, deplore

Iraqis rally on protest anniversary: elections are not a valuable instrument to produce a significant change

Australia will soon become the first non-nuclear nation to deploy nuclear-powered submarines, this must not interfere

THE PATH TOWARDS THE NEW EUROPEAN FORESTRY STRATEGY FOR 2030

With the new European Green Deal, the Union announced a new strategy concerning forestry with the