Environmental degradation fuels the toxic cycle of discontent that causes maritime piracy, a pressing challenge to the security of international trade and commerce.

The numbers of piracy

Maritime piracy, involving the aggression, looting, hijacking, or detention of a ship in international waters, has evolved over the centuries, but remains a pressing challenge to international security. Piracy is the oldest threat targeting the maritime domain, and yet it is so contemporary: it represents one of the main challenges embedded in that complex and cross-cutting issue that is blue crime.

The International Maritime Bureau (IMB), a specialized division of the International Chamber of Commerce, last Thursday reported that seven armed pirates boarded a bulk carrier anchored in the waters of the Conakry Anchorage in Guinea, stole crew’s personal belongings, and then escaped.

The IMB live report of piracy episodes makes it clear that these are frequent and, most of the times, intense: in the first quarter of the current year, 38 attacks have been attempted, and 34 of these have succeeded. As the pirates are often armed with guns and knives, violence towards crew members is not excluded, and figures of recent attacks record a total of 40 kidnappings.

As of today, the Gulf of Guinea is the world’s piracy hotspot: out of the 195 attempted attacks recorded in 2020, the majority happened off the water of the Gulf. The latter alone also accounted for 43% of the incidents at the beginning of 2021. In particular, the IMB identified Nigeria’s maritime domain as the most piracy-prone, although it has for long been overshadowed by Somali piracy, as this last  reached a worrisome peak in 2011 and then declined significantly.

While concentrated in fragile African and South Asian states, the attacks have consequences that are by no means limited to this area. The IMB estimates that the worldwide economic losses due to maritime piracy amount to US$16 billion per year, losses that stem not only from the theft of bulks and goods intended for trade but also from increased insurance costs and delays in port.

The circumnavigation of the African continent is an important trade route for many nations, including European ones, indeed, western and European businesses are considerably affected by the threat that piracy poses to international trade: of the 195 ships attacked throughout 2020, 45 were Greek, and 18 flied German flag.

Since 2008, international naval forces started operating in the region to address the threat that maritime piracy in the Horn of Africa poses. NATO led Operation Ocean Shield, that ran until December 2016, and the European Union implemented the EUNAVFOR Somalia Operation ATALANTA. Although the missions have been undoubtedly successful in preventing attacks before they happened – as demonstrated by the steady drop in the number of incidents – it is often argued that the international community tends to downplay the importance of root causes that should instead be addressed thoroughly.

No pirate is born at sea

Hence, since piracy is such a consistent threat to international trade and commerce, policymakers have set in motion the operational machinery to address its consequences. But what causes piracy? Rarely maritime security threats are binary, rather, they are often interrelated.

Although the sea has entered the security domain as a geopolitical space in its own right, both its survival and its lapse are closely related to what happens on land. On the same line, the discontent caused by poor socio-economic conditions on land is the stimulus that brings individuals to commit crimes in the high seas.

Although the Gulf of Guinea is a problem of particular concern today, piracy off the coasts of Somalia, notably in the Gulf of Aden, in South Asia, and in Latin America and the Caribbean also represents a challenge. From the Marine Affairs Technical Report of the Dalhousie University, it appears that the motives that drive privacy differ from case to case, however with some common features.

Specifically, when looking at Somali piracy, this appears to be a mix of grievance and opportunity, a form of self-defense and protection against toxic dumpling and illegal fishing. The inability of the Somali government to protect its territorial waters turned the waters into an open-access fishery where illegal, unreported, and unregulated fishing (IUU) took place, endangering the ecosystem and eliciting Somali fishers to constitute local bands that attempted to make justice on their own vis-à-vis the overexploitation of maritime resources.

Like Somalia, also the Horn of Africa relies mostly on fishery and agriculture. Off the coast of Nigeria, modern piracy occurs since the ‘60s and is caused by several reasons. First, there is growing frustration and anger towards western vessels offshore that are associated to illegal unlicensed fishing to the detriment of the coastal population.

Second, environmental degradation and rise in temperatures are enhancing desertification and drought, leading to the unsustainability of agricultural and livestock practices. Finally, particularly the Niger Delta suffers from thedevastating impact that oil extraction by international companies had on the environment. Here, contamination has affected the health conditions of the inhabitants as well as their livelihoods, and farming and fishing are not rewarding activities anymore.

Likewise, from the South Asia regional case it emerges that most of the criminals are subsistence pirates who engage in piracy as a means of survival when the traditional activities of fishing and agriculture do not lead to the desired outcome.

Hence, with the one exception of Latin America and the Caribbean, which represents a somewhat different case as piracy attacks are mostly small-scale and often associated to the region’s proneness to criminality, environmental degradation emerges as a crucial issue, one that deserves particular attention if we are to address the root causes of piracy and blue crime.

The toxic cycle that fuels discontent

Despite its representation in popular culture, piracy arises as a concern closely related to grievance rather than greed, and the line between fishery and piracy is long and blurred. In states where rural communities rely on artisanal fishing, the impact that illegal fishing committed by foreign vessels has on the maritime ecosystem and on the subsistence of coastal communities is dramatic.

It produces a pronounced effect on piracy, as acute poverty and food shortages, exacerbated by political instability and state fragility, lead young men who have little to lose in absence of other means of survival to commit crime at sea. Thereby piracy becomes a very lucrative business at the expense of international maritime trading companies.

Seen from this perspective, the phenomenon appears cyclical: the inability of fragile states to implement laws aimed at regulating fishing pushes foreign vessels to take advantage of the fish-rich waters off the states’ coasts. The changes to the ecosystem that derive from this procedure endanger artisanal fishing practices of the coastal population, the impoverishment of which, in turn, pushes individuals to arrange into groups that put in practice a sort of ‘self-made justice’ against foreign vessels.

The international effort put in place to fight Somali piracy since 2008 demonstrates that anti-piracy missions contribute to securitize maritime trade routes, however, these militarized efforts might reveal insufficient in the medium and long term if the issue of environmental degradation is not addressed: both the Somali and Nigerian cases highlight that it is increasingly pressing that the international community secures fragile states’ Exclusive Economic Zones and prevents illegal, unreported, and unregulated fishing from happening so as to break the toxic cycle that fuels discontent. 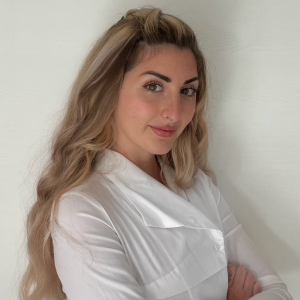 THE THREAT OF ILLEGAL FISHERIES

Fishing is an activity that provides vital sources of food, employment and economic wellbeing. However, sustainable fisheries

GREEN JOBS: HOW YOUR WORK WILL CHANGE

Since we were young, our parents encouraged us to choose an education that would prepare us

THE DILEMMA OF COVID VACCINE BOOSTERS

On the 9th of August 2021, the Intergovernmental Panel on Climate Change (IPCC) released a 4000 pages