The Iranian revolution of 1979 was an unprecedented event in history, which deeply impacted Iran, the whole Middle Eastern region and numerous external powers. Considering the revolution’s impact on women from a religious and cultural point of view, it is clear that it had a brutal and negative effect.

The 1979 Iranian revolution was an unprecedented event in history: the overthrow of the Shah regime and the establishment of a republic did not just affect Iran, but the whole Middle East and several external powers involved in the region. [i] Within Iranian history, 1979 was defined as a “cataclysmic event that transformed the country’s political, social, economic and legal structure.” [ii] The revolution in Iran brought about a series of novelties in the history of revolutions: firstly, it was the first example in history of a revolution entirely driven by internal forces – the people; [iii]second, it was predominantly a peaceful revolution, led by street demonstrations and general strikes; [iv] third, there was no counteroffensive opposed to the insurgency; [v] and lastly, it did not result in the triumph of a new social class, but instead it relocated power in the hands of the “traditional clergy.” [vi] Indeed, the Iranian revolution served as a response to the historic dialectic between secularism and spirituality within the Middle East: within Iran, people had chosen to leave aside secularism and to undertake a new religious path for their country.

The long durée factors that led to the revolution are linked to the society’s opposition towards the royal autocracy and towards the foreign influence in the country’s domestic affairs. In this respect, three events were crucial: the tobacco revolution of 1891 under the Shah Naser al-din (1848-1896); the constitutional revolution of 1905-1911 under Shah Muzzafir al-din (1896-1906); and the coup d’état of 1952-1953 against Mohammad Mossadegh, democratically elected Prime Minister. The tobacco revolution was a response to the Shah’s decision to grant an English company the right to produce, sell and export Iran’s tobacco.[vii] The citizens framed this decision as a way of opening the country to foreign economic exploitation, whilst the ulama described it as a transgression to the laws of Islam. In front of such opposition, the Shah was obliged to cancel the concession in 1892, providing the clergy with a clear demonstration that society was receptive to calls of political activity based on Islamic references.[viii] The foreign influence in the country’s domestic affairs was also demonstrated by the coup d’état against the PM Mossadegh. The coup was orchestrated by the US and the UK after the parliament’s – the Majlis- decision to nationalize the Anglo-Iranian oil company AIOC. Lastly, the experience of the constitutional revolution, led by a coalition of three components – the traditional bazaar merchants, the ulama and a group of radical reformers – represented a “weapon to attack royal autocracy.” [ix]

The contingent factors that led to the revolution are strictly linked to the resentment towards the Shah Mohammad Reza Pahlavi, who ruled the country with authoritarian and secular policies from 1941 until 1979. In 1963, the Shah, a lifelong fan of western culture, announced an ambitious modernization program on the model of western countries. The modernization program –  denominated as the “White Revolution” [x] – involved economic reforms, in order to change the country’s economic feudal system to a capitalist system; extensive social and political reforms, which included the abandonment of the two-party system, the right for women to vote and the implementation of the Family Protection Law; and religious innovations, which promoted a more secular agenda.[xi] Since great financial investments were required to support these innovations, the national economy was significantly impacted: inflation rates increased (e.g., oil prices rose of 14% in 1974), housing opportunities diminished, and labor unrest was enhanced.[xii] The population’s reaction to the reforms was unanimously negative. Among the several critical voices condemning the Pahlavi monarchy, one was louder than the others: the one of the Ayatollah Khomeini. The religious scholar claimed that “the only influence that the White Revolution had, was the one of the White House.” As a reaction to the popularity that Khomeini was increasingly gaining, the monarchy soon sent him in exile to Najaf, Iraq. Albeit being exiled, Khomeini continued to agitate against the Shah for 14 years.[xiii] As Khomeini, many other rebellious voices were made silent: around 1,000 people were executed and 1,500 imprisoned. The lack of political freedom and the broken promise of prosperity led to an increase rage towards the Shah.

The protests developed into a revolution on September 8, 1978, with the regime’s brutal response to a peaceful protest driven by students, merchants and the urban working classes. The so-called ‘Black Friday,’ was the “pivotal event” that led every section of society, ranging from the westernized middle class, the bazaaris, the clergy, and the low classes, to unite against the regime. Following that day, the ayatollahs called for a religious reflection on the regime measures and on the people’s deaths.[xiv] By doing so, the religious establishment driven by Khomeini and the militant ulama was able to hegemonize the people’s ideology and shift the revolution into an Islamic revolution. Therefore, on January 16th, 1979, the Shah was obliged to flee the country and the stage was set for Khomeini to return from exile. Finally, on April 1st, 1979, the Islamic Republic was founded.

Within the numerous political changes that Iran has undergone after the revolution, the alterations in the status of women have been significant.[xv] Indeed, Iranian women’s identity has always been shaped by an interplay of modernity, driven by secularist measures, and tradition, founded on the codification of the Shariah law,[xvi] with little space left for their self-determination.

The impact of 1979 on the religious opportunities for Iranian women

Considering the religious reforms, it is recognizable that Iranian women were utilized as tool to achieve statist goals. Indeed, religious veiling was instrumentalized throughout the years: under the rule of Reza Shah (1921-1941), women were forced to unveil themselves in order to demonstrate the nation’s achievement of modernization and progress (also looking at the Turkish example of secularism under Atatürk); [xvii] while under the rule of Khomeini (1979 – 1989), women were forced to wear the veil once again to show the successful implementation of the Sharia law and opposition towards foreign influence. [xviii]

Since March 8th, 1979, after a mass demonstration against forced veiling, veils have become the symbol of Iranian women’s lack of freedom. Indeed from 2010 onwards, different movements started protesting against the compulsory hijab for Iranian women, both through the media – with the ‘My Stealthy Freedom’ campaign – and through the streets – with ‘the Girls of Revolution Street’ protests. The ‘My Stealthy Freedom’ campaign took shape in 2014 as a Facebook page, after that the political journalist Masih Alinejad posted pictures taken stealthily of herself without wearing a hijab. The picture, depicting wind blowing through the girl’s strand of hair became the biggest dream for all Iranian women. [xix] In this page, women bravely post their photos without wearing a hijab, in their moments of “stealthy freedom” which could lead them to imprisonment for violating the Sharia law.[xx] The ‘Girls of Revolution Street’ protests started off in December 2017, when a women took off her headscarf in central Tehran. The women’s identity remained unknown for a month, until it was discovered that her name was Viva Movahed and that the reason for which she could not be found, was that she had been under arrest. [xxi] Soon, the protesters denominated the movement as a necessary “civil disobedience” for the achievement of women’s rights. Examining the religious opportunities for women prior and after 1979, it is clear that the revolution had a brutal and negative impact on their freedom and rights.

The impact of 1979 on the cultural opportunities for Iranian women

Considering the cultural and education measures established prior and after the revolution, it is clear that women’s opportunities were profoundly diminished after 1979. Indeed, under Reza Shah’s government, the Tehran University was opened and 100 special scholarships for European universities were awarded every year.[xxii] With Mohammad Reza Shah’s ‘White Revolution,’ women achieved greater educational and professional opportunities, since they gained the right to become lawyers, judges or politicians. After the revolution, the country’s cultural and educational sectors were significantly modified through the ‘Cultural Revolution’ of 1980-1983. In 1980, all universities and colleges wereclosed in order to undergo the Islamization of society. [xxiii] During these years, curricula and textbooks were remodeled in order to emphasize Islamic values. [xxiv] When universities started reopening in 1983, only students with solid Islamic credentials and no records of leftist political activity were admitted. This government’s measure resulted in a great drop in enrollments, especially concerning female students. Indeed, “Tehran University declined from 17,000 students before the revolution to around 4,500 in 1983, and the proportion of women enrolled dropped from 40% of the total in the late 1970s to 10%.” [xxv]

The overthrow of the Pahlavi monarchy and the establishment of the Islamic Republic in 1979 altered Iranian’s history and society completely. Among the different societal groups that played a role in toppling the regime, women were the group that lost the most from the change of government than any other,[xxvi] especially from a religious and cultural point of view. Comparing the religious measures that were implemented prior and after the revolution, it is clear that women’s rights increasingly diminished. Under the two Pahlavi Shahs, women were free to choose whether to wear the hijab or not; they gained the right to vote legally; they had more professional opportunities and were protected by the Family Protection Law, which advocated for gender-egalitarian reforms regarding divorce, child custody and marriage.[xxvii] With the establishment of the Islamic Republic, women’s rights experienced a backlash: “Khomeini and his supporters opposed female emancipation on the grounds that it would disrupt family life.[xxviii] Similarly, considering the education realm, it is evident that the opportunities for women diminished after 1979. Indeed, under the regime of the two Pahlavi Shahs, several successful reforms occurred in the education sector, which had resulted in higher enrollment rates of women within high schools and universities.[xxix] With the cultural revolution of Islamic Republic in 1980-1983, women were deprived of educational opportunities and the the proportion of women enrolled in universities dropped from 40% of the total in the late 1970s to 10%.” [xxx]

[vii] Ranin Kazemi, “The Tobacco Protest in Nineteenth-Century Iran: The View from a Provincial Town,” Journal of Persianate Studies, no.7 (2014): 252.

[viii] Ranin Kazemi, “The Tobacco Protest in Nineteenth-Century Iran: The View from a Provincial Town,” Journal of Persianate Studies, no.7 (2014): 252.

[xix] Elnaz Nasehi, “The Question of Hijab and Freedom: A Feminist Critical Discourse Analysis of the Facebook Page My Stealthy Freedom,” If You Wish Peace, Care for Justice: 1.

[xxi] Mohammadkarim Tahmasbi, “A Critical Discourse Analysis of the Representation of Hijab Protests in Iran: A Case Study of the Girls of Revolution Street,” Institute of Journalism and Social Communication (2019): 32. 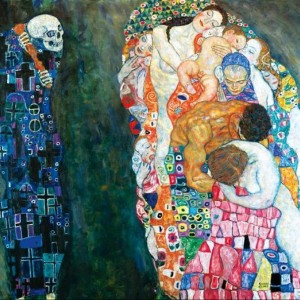