The EU is one of the few actors that can threaten China’s political prestige, if not the only one. On the Chinese side, any conflict with the US falls back to a well-rooted Cold War propaganda scheme, by which the US wants to impose liberal democracy and the Chinese Communist Party (CCP) pushes back to protect the Chinese identity. In fact, clashes with the EU represent a risk for the political ambitions of Beijing: when united, the EU is a formidable first mover.

The only precedent? Tienanmen

The English Channel has never been so narrow as on the 23rd March 2021. In a move without precedents since the Tienanmen protests, the UK and the EU launched a coordinated round of sanctions against four Chinese officials involved in the mass internment of Uighurs, a Muslim minority that represents the majority of the population of the Xinjiang province. Canada and the US followed suit, manifesting their concern for the systematic and aggressive persecution of a religious minority

As these sanctions concern travel bans and assets freeze for individuals, their impact is largely symbolic: the EU changed its posture about China’s human rights abuses and it wanted to make sure that Beijing and pro-China capitals, including the EU ones, understood the message.

For the Chinese government, there is no such thing as internment camps. Rather, Xinjiang authorities offer citizens the possibility to boost their employability through voluntary courses of Mandarin, civic education and Chinese history.

On paper, the Uighur minority seems to be in real need of State assistance: Uighurs tend to be poorer than the average Chinese, Xinjiang lacks in infrastructures and there is a widespread diffidence towards the central government. The existence of re-education camps seems a laudable initiative.

On the ground, there is an attempted genocide. International observers estimate that more than 1 million Uighurs are subject to forced labour, brain-washing, physical torture and any other form of abuse that can be replicated on an extensive scale. Entering these camps, ça va sans dire, is not voluntary. A grown beard, a religious garment or a word in the Uyghur language, are often sufficient to justify a summary trial and a swift imprisonment. End of term: unknown.

Evidence about the systematic persecution of Uygurs started mounting in late 2017: Uyghur activists from abroad expressed concern for their relatives at home, and news about capillary surveillance in Xinjiang reached the Western world. However, it was only in 2019 when the magnitude of the persecution became apparent. Leaks by the International Consortium of Investigative Journalistsrevealed that there are between 1,300 and 1,400 internment camps in Xinjiang, where prisoners are subject to forced indoctrination, sleep deprivation and psychological abuses.

As a response, Beijing framed the matter as an internal affair: only the Chinese government has the legitimacy to rule over the rights of Chinese citizens. In a later stage, however, the authorities changed frame.

Re-education camps are an effective tool to clamp down on Islamic radicalization, they said from Beijing: our methods may be different from yours, but they are effective. What is even more important, they are ours: Western customs do not apply. For the Chinese government, the war-on-terrorism rhetoric was a political and moral shield: the implicit message was that the US were not more ethical when it came to national security.

When it comes to human rights abuses, it is difficult to find a more contradictory actor than Brussels. On the one hand, the EU has adopted for a long time the principled pragmatism approach: political values are always important but they can bend according to the context. The agreement with Turkey is a sad example of it. On the other hand, the EU is a peculiar actor. As a collective entity, it can push for sensitive issues whilst single member states tend to avoid the matter: its economic leverage and political reputation are powerful disincentives to any countermeasure.

In this sense, the EU can be a formidable political first mover. Its economic assets shield it from financial push backs, while its political reputation as a force for progress makes it difficult to challenge its decisions. For this reason, China prefers to deal with the Capitals: they can be persuaded more easily and their influence is way smaller.

The sanctions of March 2021 are not, by any mean, the resolution to the Uyghur genocide. In fact, they show that the EU has the power to hold China politically accountable. It is true that no official will be tried in a EU court. In fact, it is important for the world to know that horrors like the Uyghurs genocide will be condemned, even if they are committed by China. 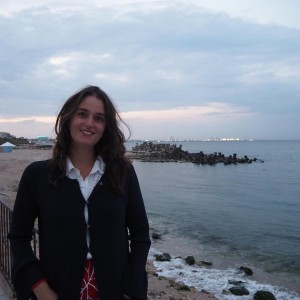 TURKEY AND THE GEOPOLITICS OF THE STRAITS

International law has always been debated and decided in specific, international courts and tribunals, such as

Offering more than 30 million jobs globally, cultural and creative sectors have been among the hardest

CLIMATE CHANGE AND OUR RIGHT TO HEALTH: IS THE PARIS AGREEMENT ENOUGH?

Climate change represents the biggest danger for human life and human health. Despite this, international law