On February 1st, 2004, two suicide attacks targeted the Kurdistan Democratic Party (KDP) and the Patriotic Union of Kurdistan’s (PUK) headquarters, injuring around 130 people and killing 120. The attacks happened right when party leaders were celebrating the beginning of Eid and the end of Hajj, with thousands of people being outside the buildings paying their respects and eating together.  A few days ago, marked the 17th anniversary of these killings, which also intended to destroy the stability and security of the, today known as, Kurdistan Regional Government (KRG), considered as one of the safest areas in Iraq. This brief study would like to analyze the consequences of these vicious attacks on the KDP and PUK, and how they brought the community to unify.

Northern Iraq, today known as KRG, has always been the home of the Kurds and even during the War on Terrorism, it was considered a safe and secure land. Mainly under the safeguard of the United States, in 2004, the Kurds did not have an autonomous region yet. As a matter of fact, independence was recognized one year later, with the signing of the 2005 Iraqi Constitution – written with the support of the US and its negotiations with Baghdad. For this reason, in 2004 both the KDP and PUK, were trying to unite their agendas in order to strengthen their requests of independence and create the KRG. Consequently, these two Kurdish parties were not involved in sectarian violence nor were they in war against each other. As the New York Times reported back then, in Erbil you could see unarmed US soldiers walk in the streets and eat in restaurants, stressing how safe the Kurdish territories were.

For the reasons mentioned above, the attacks on February 1st came as a surprise. Immediately condemned by both Iraq and the US, Al-Qaeda claimed responsibility and no regret. Bakhtiyar Amin, a Kurdish independent member of the Iraqi Governing Council stated: “They are forces of darkness and they want to bring Iraq back to an age of tyranny.” Whereas a top American administrator in Iraq declared that the bombings were: “a cowardly attack on human beings as well as on the very principle of democratic pluralism in Iraq.” However, what followed was a major call for unity by all parties and an increase of public awareness on the urge of creating a unified Iraqi Kurdistan.

Both the KDP and PUK have mainly put aside their arguments, especially after the 2005 Constitution. However, their relations were not always friendly. As a matter of fact, many insurrections and disputes arose between the two, and when the 2004 bombings on Erbil happened, they worked as a sort of alarm bell for unity for both parties. In fact, the attacks helped the two parties find a common ground of communication and create the KRG, by putting their past aside and unity on the pedestal.

Though, there is one conflicting issue between the two parties that has never dissolved: Kirkuk, an oil-rich land now at the border between Baghdad and the KRG. In fact, Kirkuk’s control is extremely disputed, especially given it was part of the KRG but subsequently lost. Its jurisdiction is contended with Baghdad, however, both the KDP and PUK would like to have it under their control. This issue could become a broader problem, though as of today it remains part of Baghdad and both parties have tried to acquire it, as for example with the 2017 independency referendum.

As mentioned above, the bombings on Erbil helped coordinate the negotiation process between the two parties and bring to a unified Kurdistan Region. However, the memory of these attacks is still impressed within the population. On the bombing’s anniversary several days ago, President Barzani called for unity once again, tweeting: “Let us honor the memory of their sacrifice by preserving our shared values of unity and tolerance.” As the President, many other Kurdish leaders remembered the life of those who were killed, as Sirwan Barzani (a member of the Ministry of Peshmerga), who also tweeted for unity by stating “On the anniversary of this tragedy, being united is the most important thing.” Consequently, notwithstanding the fact that the KRG has an independent region today, there is still the need of calling for unity. This is mainly because the KRG is still a battleground for wars and invasions, from Turkey, Iran, the Islamic State, and many other terrorist organizations, and because both parties still have unresolved disputed that could create unbalances.

17 years later the KRG is an independent region, however, 17 years later both parties urge need of unity. However, unity is also one of the main features that brought to a unified KRG and a unified defense line, especially when fighting against the Islamic State. To conclude, these vicious attacks perpetrated by Al-Qaeda helped create a unified and safe Kurdistan. 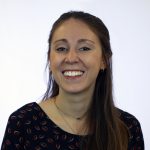