Gibraltar risked experimenting a “hard Brexit”, as the UK-UE deal left it behind. On 31 December 2020, delegations from Spain and the UK reached a preliminary agreement. What future for Gibraltar?

The UK reached an agreement with the EU, right before the end of 2020. According to several scholars and political analysts, the UE-UK deal seems to be more favourable to the EU and not a victory, for London. Whereas the UK and the UE have already a protocol over Northern Ireland-related issues, Gibraltar is missing such an arrangement.

At the 2016 referendum, the Rock’s inhabitants voted to remain in the EU (96%), perhaps for three main reasons, mostly related to the geographical continuity with the Iberic Peninsula (which is the first reason): indeed, thousands (about 15,000) of Gibraltarians and Spaniards cross the physical border for working reasons everyday (second reason); furthermore, Gibraltar has highly benefited from the trade with the EU (third reason).

To avoid a “hard Brexit” over Gibraltar, which has been left behind from both the UK and the EU, right before 2021, delegations from Spain and the UK, including Gibraltarian representatives, discussed and reached a preliminary agreement, which will be submitted to all European countries.

At first sight, we may say that the agreement will pose many difficulties for the UK, not only practical challenges but also “theoretical” ones; at the same time, Gibraltar will continue to benefit from the EU, but there may be some additional costs.

What do we mean?

As already transpired in the past few days, it seems that Gibraltar will join the Schengen Area, and factually will become an integral part of the EU borders. The UK will not. That will lead to a sort of classification of the citizenry, which will easily irritate other British citizens (in particular, Scottish citizens, who voted to remain, and the Brits residing in Spain).

Symbol of this arrangement will be the abolition of any physical barrier between Gibraltar and Spain at La Verja. This is the image of more integrated and tighter cooperation between the parties. Indeed, the collaboration will be key for entry, ports and airports, likewise for the issue of visas.

During this period, Gibraltar’s government has attempted to avoid the direct Spanish control over the borders. Indeed, this unpleased situation endangers Gibraltar sovereignty and its independence and autonomy. Gibraltarians remember well the closure imposed by Francisco Franco, from 1969 to 1982.

According to the preliminary deal, Frontex will control and check the borders – Spain will be responsible for the application of Schengen. This solution helps to ease the tensions between the countries, as the EU will serve as a “warranty actor”. It is clear, the EU will largely control some crucial cooperative aspects.

Yet, Gibraltar will align – remain aligned in some cases- itself with the EU’s policies and standards, either for visas, residence permits, trade measures with and beyond the EU, and other relevant elements (e.g. environment, labour standards, etc.). By “imposing” the EU’s standards to Gibraltar, the EU – especially Spain, in this regard – desires to avoid any distortion in the internal market. We must monitor if these implementations will concern the Port of Gibraltar, since it has never followed the EU’s competition standards and thus benefitted from its special customs regime in Europe. The adoption of EU standards may change the current situation.

The agreement will be discussed and negotiated for a maximum of six months. In the meantime, both governments will ensure smooth and cooperative relations. 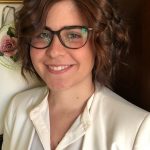