Declared a UNESCO World Heritage Site in 2009 and a crucial site during the First World War, the symbolic glacier that stretches across Northeastern Italy in the Dolomites is melting. The pull back of glaciers in the world, in the last few decades, is a limpid sign of global warming.

Known as the Queen of the Dolomites, over the last 70 years Marmolada, one of the majestic mountains to admire, has already lost more than 80% of its volume. Marmolada is the highest mountain system (3,343 m Punta Penia) in the Dolomites and has the largest glacier. Thanks to its high altitude, it is one of the few glaciers in the scenic Italian mountain range that provides skiing at any time of year, even in summer. The Marmolada glacier is in an extremely varied and unique natural setting, which has made the massif a destination that has always been loved and frequented.

It is located between the Italian regions Veneto and Trentino, in the province of Trento. Avisio creek rises here, which crosses Val di Fassa, Val di Fiemme and Val di Cembra, then it enters the Adige river. Furthermore, one of the most idyllic views is the one that includes Fedaia Lake, whose waters are fed by the melting water of the glacier. These mountains are known as the “Pale Mountains” due to their light colour caused by carbonate minerals in the rock.

A pivotal role in the I World War

During the First World War, Marmolada glacier had a strategic role. In fact, Lt. Leo Handl, thanks to his experience as engineer and soldier, had the idea to solve the problem of receiving supplies. Soldiers began to dig tunnels under the glacier, to avoid enemy fire and atmospheric adversities. This network of tunnels was called “The City of Ice”. Now there is the highest museum in Europe there, the “Museo Marmolada Grande Guerra” (Great War Marmolada Museum), which recounts the battles that took place in these mountains, commemorating the many soldiers who fell. It was inaugurated in 1990, then enlarged and renovated in 2015 for the 100th anniversary of the Great War. It reproduces the environment and life conditions of soldiers at high altitude, from the ‘death trench’ to the ‘ice city’ below the glacier. The museum includes original finds such as letters, journals, photos and objects.

According to the scientists, Marmolada is a natural thermometer of climate change. It is one of the most studied glaciers in the Dolomites and has been measured every year since 1902. Unfortunately, studies revealed that the glacier’s ice volume has decreased much in the last six decades. Renato Colucci, an Italian government researcher, said that about 70% of the reduction had occurred in the past three decades and that over the last 100 years the glaciers of the Alps have lost 50% of their mass, thus glaciers under an altitude of 3,500 m would mostly vanish within the next 30 years. In several places it is already possible to see the rocks below. Moreover, the speed of glacial melt has increased in the last years. Of all European environments, the Alpine setting is certainly the most affected by climate change, which is altering the landscape and having a deep negative impact in all mountain areas from Friuli Venezia Giulia region to the Aosta Valley region. In fact, the Dolomite glacier responds better than others to climate change, and the glacier’s ice volume has fallen from 95 m3 in 1954 to 14 m3 today. The glacier is currently losing 9 hectares of ice each year, up from 5 hectares a decade ago. The sharp drop in carbon emissions during the Covid-19 lockdown had only a minimal influence on helping to reverse the trend for Marmolada and other glaciers. The European Environmental Agency has observed that glaciers in the Alps have contracted by 50% since 1900, and that if CO2 emissions across the world continue to rise, the Alps may even be free of permanent ice by 2100. Another study from ETH Zurich in Switzerland warned that two-thirds of the ice in Alpine glaciers will melt by the end of the century if carbon emissions continue to rise. In early August 2020, there was alarm at the other end of the Italian Alps when scientists warned that a chunk of glacier the size of a cathedral was in danger of breaking off and the valley beneath the Planpincieux glacier, on the border with France, had to be evacuated as a heatwave threatened its stability.

If the trend is that one recorded in recent years, the extinction of the glacier is getting closer and closer. 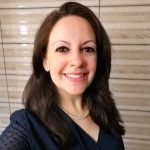