The term “Françafrique” is used, generally in a pejorative way, to designate the special relationship established between France and its ancient colonies in sub-Saharan Africa. This relationship is characterized by the role of extra-diplomatic networks and the direct interference of the French authorities in the internal politics of the ancient colonies.

To be able to clearly explain what this non-institutionalized diplomatic network consists of, the statement by the historic Canadian Prime Minister, William Mackenzie King, who stated in 1935 “Once a nation renounces control of its own currency and of credit, no matter who makes the laws of the nation. … Until the control of the issuance of money and credit is returned to the government and recognized as the most important and sacred responsibility, any discussion about the sovereignty of Parliament and democracy would be idle and futile “.

The neo-colonial experience was born with the term Françafrique (or rather continuous given the temporal contiguity between colonialism and Françafrique) in 1955, a definition used for the first time by the Ivorian president c, which at the time meant in a positive sense the close relationship who had established himself with France, despite his own country having gained independence.

The term Françafrique with time has been extended to all those territories belonging to the former French colonies in Africa and over time was considered, in some respects, on a par with a French Commonwealth on the African continent.

La Françafrique was officially born, as the will of the former motherland to accompany its former colonies on the road to independence and modernization but unofficially it has become a ramification of hidden networks and hidden emissaries, which at the expense of official diplomacy, play a role ambiguous and undercurrent in favor of the French government.

Many French government actors have joined official and unofficial activities; among these, for example, there is Maurice Robert, a former intelligence agent who became the managing director of SDECE, the French external documentation and counter-intelligence service in Africa. As part of his appointment, he led many military actions in Africa, helping or deposing Heads of State to satisfy French interests in these countries.

In 1973, he was sidelined by the intelligence services and then directly employed by the oil company Elf. In 1979, he was appointed French ambassador to Gabon, at the request of President Omar Bongo, who had gained power thanks to his decisive help. In 1982, he returned to Elf where he ended his career before retirement.

Another of Françafrique’s most active unofficial intermediaries is the French-Lebanese lawyer Robert Bourgi, a close associate of the Bongo family and many other African leaders, and also an informal adviser to President Nicolas Sarkozy. Robert Bourgi admitted that he had supplanted the Secretary of State for overseas development, Jean-Marie Bockel, since he wanted to break away from the Françafrique, and in response to a question from a journalist from Le Monde in January 2008, he said he wanted ” sign the death certificate of Françafrique “.

How does France manage to keep its (former) colonies in check? The formal and informal networks are not enough, so to reconnect with the words of William Mackenzie King about monetary independence, we must remember what happened at the end of the second world war, when even before we talked about decolonization, in 1945 when the agreements were signed of Bretton Woods, together with them was born the CFA, the Franco of the African French colonies.

The birth of a currency that linked former colonies to the motherland could aspire to noble objectives if it were not that three fundamental conditions were imposed on the CFA which altered and conditioned the currency from the beginning.

The analysis just carried out, as well as in economic terms, is of fundamental importance to understand even the current massive migration phenomenon in its case, since the lack of economic take-off in certain African areas forces large sections of the population to forced emigration 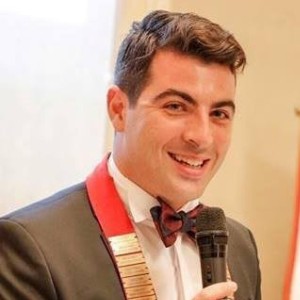